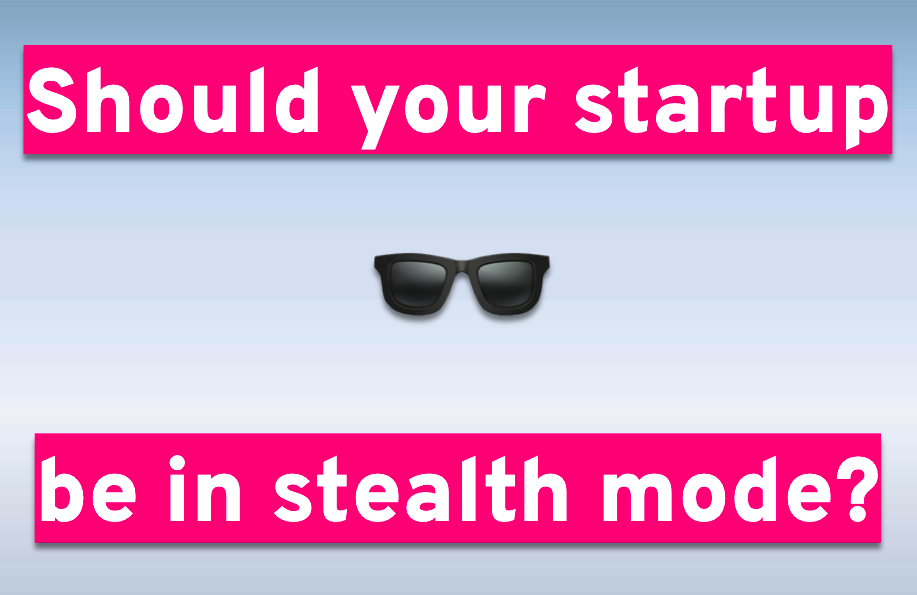 How much should you communicate about your startup?

Early-stage startups tend to struggle with this question. Fear of being perceived as immature, fear of having their IP stolen, fear of being out in the open..

As a consequence, some founders take a radical path and decide to "go stealth." Coda, Instabase, Clinkle, Theranos were all stealth once - with various degrees of success.

Is stealth a smart move or a smokescreen? In this article, we break down the pros and cons of stealth mode for tech founders.

What Is a Stealth Startup?

A stealth startup is a company that operates in "stealth mode" i.e. actively hiding its activities. This could be everything from their product to their industry.

Do a quick Google search and you will find little to no information on their LinkedIn page - assuming they have one. A website will be nothing more than a generic landing page with limited functionality or a list of employees and a logo. Ask the founders what they do and the answers will range from the generic to the bland.

“I’m an entrepreneur working on a new App that will be game-changing,” or “I’m a founder with a team from some of the biggest companies who have come together to create a product that the market won’t see coming.”

Sounds exciting, especially when details are scarce and you can shrug off any questions regarding further details with the simple line “we are in stealth mode.”

There is no need to provide concrete proof that your startup is successful. There is no requirement to share profits, product details, funding (if any), or any metrics that could determine if the startup is on the road to success or failure. While being in stealth mode does mitigate these requirements for a time, it does not remove them.

The secrecy of stealth mode does have a valid purpose. It prevents competitors from copying your work, strategy, and what you are building. This is a legitimate fear for tech founders who operate in highly competitive spaces and/or are attempting to disrupt large players in place.

However, stealth startups receive a lot of heat from the startup community. Some see stealth mode as a smokescreen that conceals valuable information about the company.

So, who's right? Let's review both positions so you can make your own decisions in regard to your startup.

Stealth Mode Is the Hallmark of Bad Founders With Empty Promises

By going stealth, founders place their work within reach of their team and only their team. Information is kept to a minimum to the public. This generates multiple adverse effects:

At the end of the day, the main threat is failure to reach Product-Market Fit due to lack of talent, user feedback, cash (be it funding or revenue), and good judgement.

“No one cares about your secret business venture. Share it, get feedback, improve it, and then maybe someone will. Unless you’re a high-profile security startup and you’re building futuristic weapons or climate-change–reversal technologies, you’re probably making a mistake.”
- Jason Brewer, Fast Company

This is enough to cause many to not only avoid stealth startups, but question their appeal overall. However, this is just one side of the coin. Now we will review the other position where being a stealth mode startup is beneficial.

3 Reasons Why You Should Go Stealth – And 1 Condition

As a general rule, stealth mode is not recommended. However, there are exceptions.

For startups in specific niches, stealth mode isn’t just a choice, it may actually be a requirement. This includes startups in the pharmaceuticals, deep tech, enterprise software, hardware, and industrial sectors. Reasons to be a stealth mode startup include:

Research takes years before it can be protected with patents. This is also true - to a much lesser extent - for significant trademarks and domain names. In any case, the founders have no choice but to remain tight-lipped about what they are actually working on until their strategic IP is secured.

Reason #2: Building a "good enough" product in a demanding space

Some products require a massive amount of product development before they are truly differentiated and value-add for customers. That's typically the case in true enterprise software (think $100k+ ARPA) or in pharma where several phases of clinical trials are needed. As such, a startup may need to take its time to build the correct technology and reputation before letting the world know.

Reason #3: Scheduling a massive launch that delivers on the hype

Stealth mode startups are able to control their messaging and deliver the narrative they want when they are ready. By being in stealth, the press has little to cover and nothing to criticize or judge. This allows the team to focus on delivering the best possible product when the time is right. Think about how Apple debuted the iPods, the iPhone, and so on.

But there's one condition...

The key success factor for a stealth mode startup is often the founder who is in charge: serial entrepreneurs stand the best chance at being successful with stealth mode.

Why? Because they have the experiences and industry connections to get things done. They know who to talk to, who to work with, and who to reach out to for funding. Their earned credibility allows them to benefit from the good sides of stealth without suffering the bad sides. More importantly, they know when to launch and when the product is truly ready. These are all daunting obstacles for founders who lack experience and a professional network that can help them successfully come out of stealth mode.

Here are five famous startups that began in the shadows of stealth mode and went on to have great success.

CNEX Labs began with a landing page that had the bold mission statement of “leading the evolution in big data storage.” That was it. Nothing else. It was the most well-funded and secretive company for years, raising $38.8 million. Now in the open, their website includes everything from a press blog to the board of directors.

Formerly known as Krypton, Coda is the brainchild of former YouTube executive Shishir Mehrotra. With a $400 million pre-launch valuation, they worked in secret to develop their product which went on to be used by organizations such as Uber, Figma, Buzzfeed, TED, and The New York Times.

Berkshire Grey. The stealth startup that was in more than 100 retailers before anyone knew it

Berkshire Grey emerged from stealth mode with an announcement that they had been quietly deploying their AI-enabled robots at more than 100 retailers and fulfillment centers (a perfect example of how to operate in stealth mode). In 2021, they were among the Forbes top 200 best startup employers in America.

Proprio Vision. The stealth startup that raised $7 million to transform an entire industry

For years, Proprio Vision worked in secrecy and received $7 million in funding while remaining under the radar. The company aims to create a virtual picture of human anatomy that provides doctors and surgeons with more precise and extensive data. The goal is to replace microscopes, loupes, screens and other traditional surgery visualization tools with technology that leverages augmented and virtual reality, machine learning and computer vision. Now if that isn’t a reason to remain in stealth mode, I don’t know what is.

VELO3D. The stealth startup that generated $30 million in the first year

Velo3D is a 3-d printing company that operated in stealth mode for its first four years. They came out of stealth in 2019 to announce the availability of the Sapphire printer. In that first year of commercialization, Velo3D generated nearly $30 million in sales. They have since raised a Series D round of $28 millions.

Conclusion: What Is Right For You?

Understand that many companies opt to build in public for full transparency while others need to be in stealth to protect their intellectual property until they are ready to launch. Ultimately, the choice is up to you.

Realize that by being a stealth mode startup, you have key advantages. However, it also brings up negative connotations from seasoned people in the startup and investment ecosystem. A founder shouldn’t brag about their stealth company and how it is going to change the world, it is a mark of inexperience and unprofessionalism.

The true stealth startup founders won’t even mention the word stealth, because they know what the word conveys. They will also be too busy working to even talk to you about it.

Regardless of what you choose, building in public or building in stealth each offers their own challenges. It is up to you to choose what will work best for your company, your employees, and ultimately your customers.

Whatever you do, don't drink the stealth Kool-Aid ;-)

OpenVC is the front door into venture capital. We help tech founders find the right investors to grow their business. Radically free & open.

Easiest way to launch your funds and SPVs 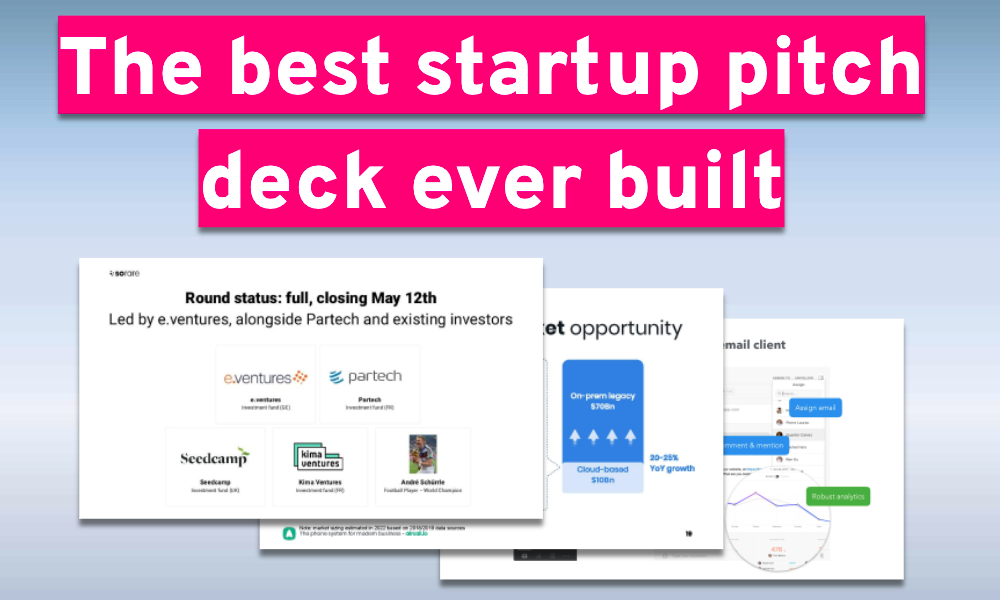 What does the perfect pitch deck look like? Well, we built it. We took the absolute best slides, we put the together, and we created a deck that no investor could pass - ever. 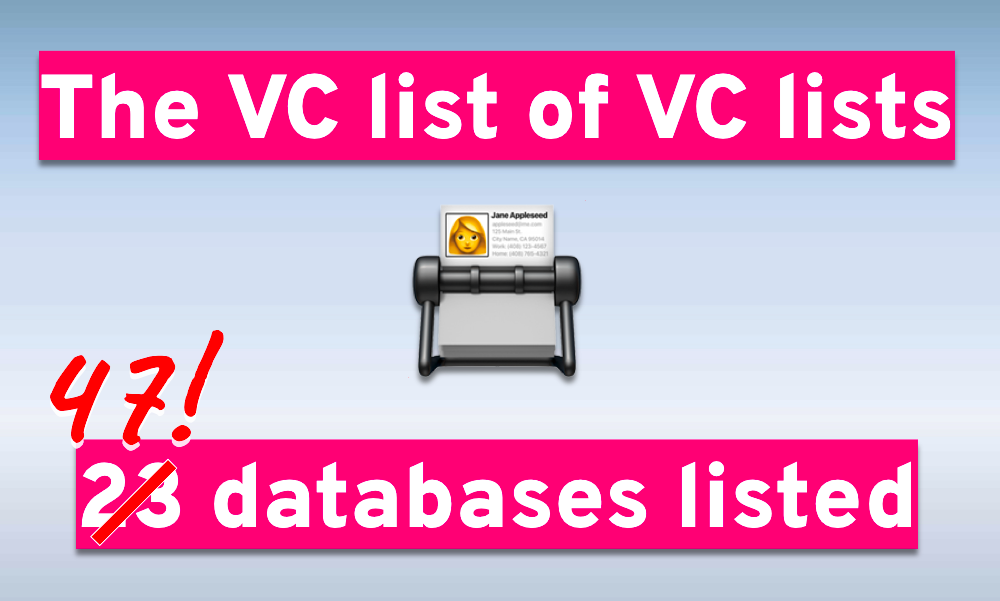 We have listed 47 VC lists that you can use to raise funds. Search free and paid VC lists, explore the databases by country or theme, and raise funds more efficiently. 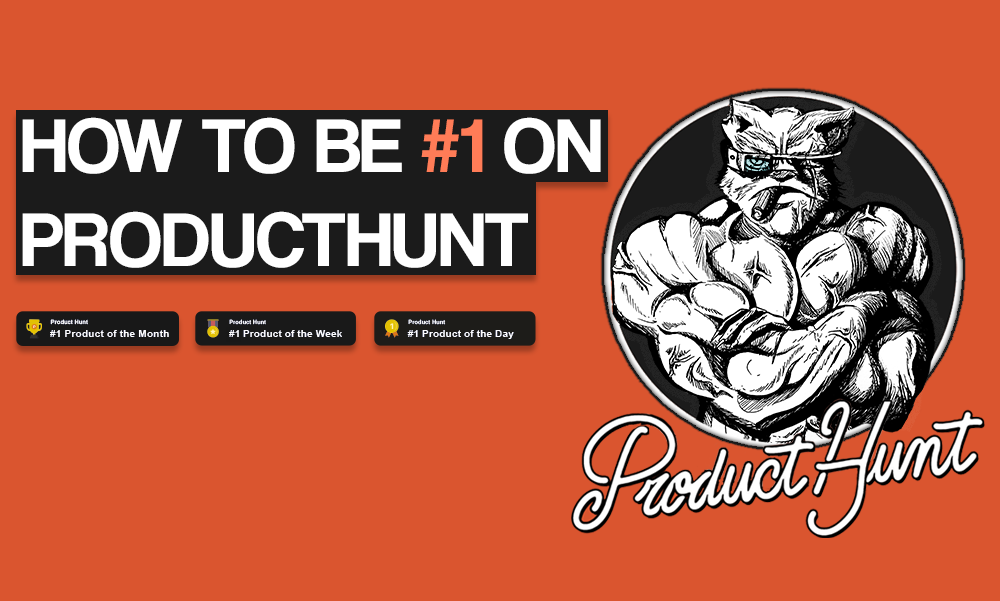 This is the playbook we used to launch OpenVC and become #1 Product of the Month on ProductHunt.